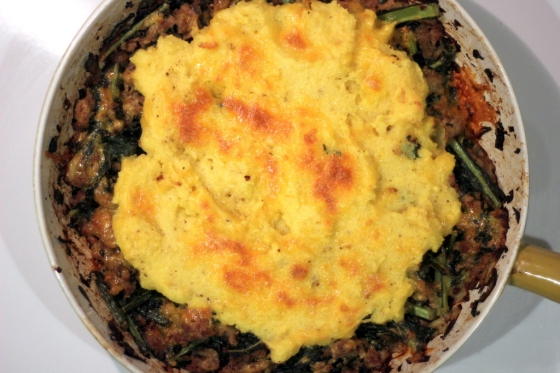 On Saturday night, I made a pork dish using the following recipe from Everyday Food. It turned out okay, but it was a little bland, I think because I didn’t have Parmesan on hand and used cheddar instead.

I used a little some of the leftovers in eggs the next morning and added garlic and cumin. It was super tasty once I added those flavors.

In the new year, I'll be making something once a week, meaning I'll have time to feature other bloggers and artists. Submit your project!