I’m also welcoming people to submit their own creative works. If you’re interested in being featured, you can learn how to submit you project here.

1. I really enjoy making collages and this one, Deer Chicago, was really one of my first attempts. Love the results. 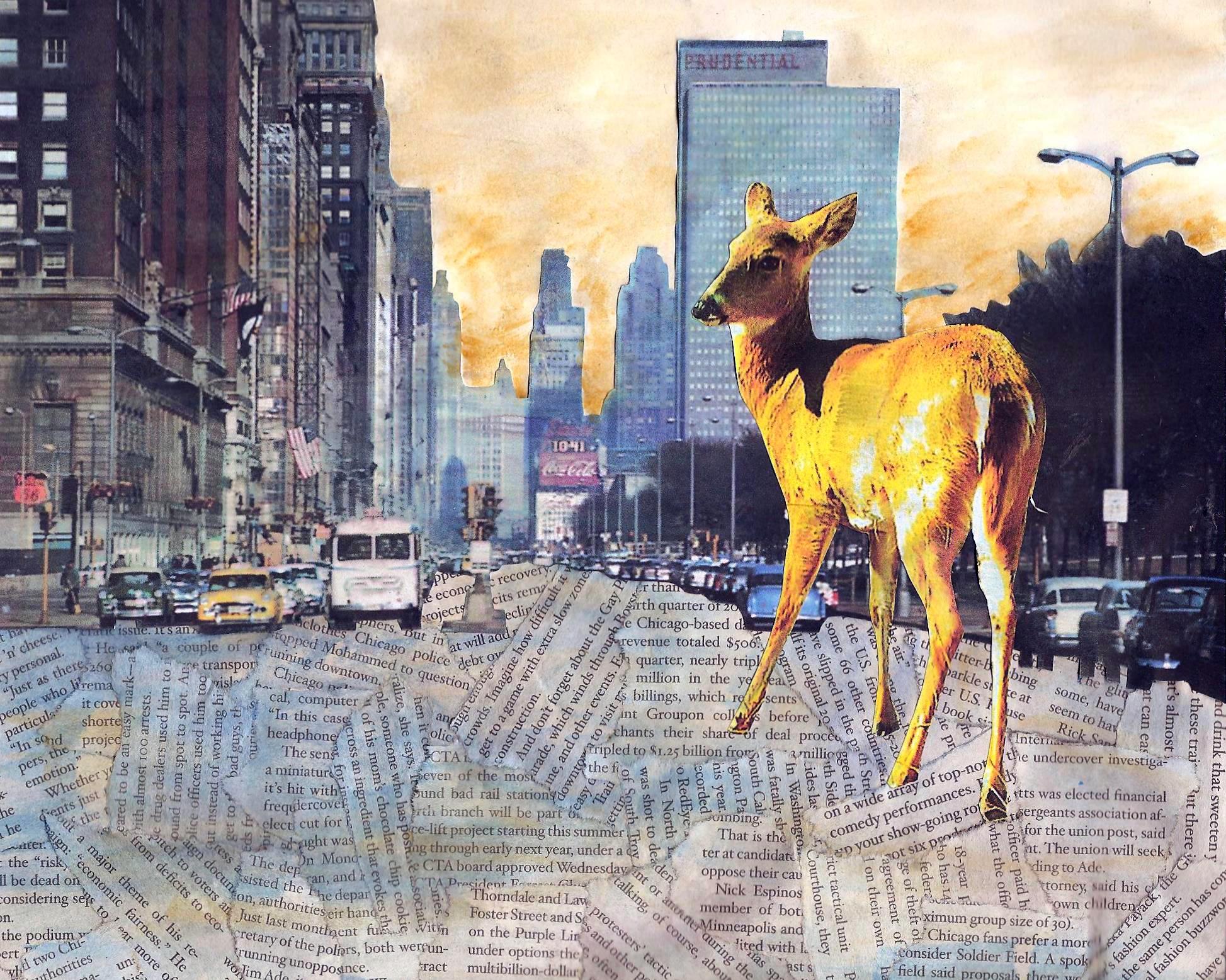 2. This is a drawing of the El stop near my house. It’s called California El Stop.

3. One of my favorite projects this year was my video of everything I’ve done this year. Kinda meta.

4. I really enjoyed doing my photography posts. This one, Day in Wisconsin, was definitely a favorite.

5. I did many cooking posts, including this one about Black Bean Soup. It was a huuuuge batch of soup and turned out quite tasty.

6. My neighbor has a rather nice and rather goofy-looking dog. It inspired me to draw this Boston Terrier.

7. Around halloween, I got inspired to draw many creepy characters such as this Cosby Skeleton.

9. Even though I don’t have any real sound equipment, I recorded a few of the songs I wrote last year. Here’s one called Goodbye Summer.

10. Last but not least is my collage of Rose Byrne. It doesn’t really look like her, but I think it turned out pretty cool.

Last night, I worked on recording a song I wrote called “Goodbye Summer.” I originally posted about this same song back on day 239 when I first wrote the lyrics, but I’ve taken my time actually setting the words to music.

By the way, when I first wrote the lyrics, I was planning to call the song “Seasons Change,” but I decided to switch to the new name because I prefer song titles that come from the words of the chorus.

I’m curious which song name you prefer. Do you like Goodbye Summer or Seasons Change?

Last Sunday, I set out to write the lyrics to a song without writing the music at the same time, something I don’t usually do. This is what I came up with. In the near future, I’ll set it to music and post a recording.

On the day we returned to Chicago, I wrote and recorded this little piece, which I’m calling Return. Click on the link to play it. The recording is really quiet and not so great, but I like the tune.

Tonight I wrote a song called “With Me.” Click the link to have a listen!

Here are the lyrics:

Tonight I made a recording of a little song I wrote a while back. Click on the link above to have a listen. A bit of warning that the sound is pretty quiet and then gets a bit crazy for a split second at one point. Otherwise, it gets the job done. Anyways, I hope you like it!

Tonight I started writing a song called “This Town.” Click on the link to take a listen. It’s by no means done so this is just kind of a sketch. Note that the audio is kinda crazy because I don’t have any recording equipment. Sorry ’bout that!

In the new year, I'll be making something once a week, meaning I'll have time to feature other bloggers and artists. Submit your project!